The wind turbines provide is a clean and renewable energy, but they also create controversy, especially for health reasons. Vincent Martet, a professional in this renewable energy field, gives some explanation to help us understand the challenges between wind energy and both human and animal health.

The role of infrasound

Vincent Martet first reminds us what infrasound is. Unlike ultrasound, these are very low frequency noises that one can hardly hear. However, these are indeed present vibrations that can cause various consequences on the brain. The sound frequency of infrasound is less than 20 Hz, which makes it inaudible but not harmless.

However, as Vincent Martet points out, wind farms generate infrasound. Also, several residents living near a wind turbine or wind farm complained of various health disorders such as headaches, dizziness, sleep disorders, nausea… that could come from these infrasounds. Indeed, if wind turbines do not make any noise one can hear, the rotating fings which rotate to generate energy causes micro vibrations, the infrasounds Vincent Martet talked to us about. However, it should be remembered that the sources of infrasound are many and varied and are not limited to wind turbines only! Transport but also natural elements such as wind, waterfalls, waves and many of our household appliances also produce infrasound.

High and repetitive exposure to infrasound would have several adverse health effects. Indeed, as it is a question of waves reminds Vincent Martet, there’s a huge variety of health effects. Indeed, those y can only be physical (vision problems, headaches, tachycardia, tinnitus), psychological (irritability, sleep disorders, anxiety, memory and concentration problems, depression…) or a combination of several of these symptoms at once, quite similar to motion sickness.

A “wind syndrome” has even been described by Dr. Nina Pierpont, accusing wind turbines of causing health damage to nearby residents because of their infrasounds, Vincent Martet says. These health risks have given rise to a large amount of petitions against the establishment of wind farms near (1.5 km or less) inhabited homes.

As a professional in this energy field, Vincent Martet does not blame the use of wind turbines, although the risks associated with infrasound have been acknowledged. The solution would therefore consists in simply increasing the distance of wind turbines from homes to make sure they don’t cause any physical or psychological health damage to residents.

Moreover, although the consequences have been detected in some cases, it is not possible to ensure 100% that all residents living near wind turbines suffer physical and psychological damage. Each individual having a different state of health and sensitivity, it is therefore difficult to generalize if wind farms are really dangerous for the body, if the complainants feel “placebo effects” or if they are found… in any case, wind energy remains a clean energy that avoids other health risks (e.g. risk of nuclear exposure, air pollution by CO2…).

The most important thing, says Vincent Martet, is to know the real effects of wind farms according to the distances that separate them from homes in order to be able to benefit from the advantages of wind turbines without disturbing the inhabitants nearby. 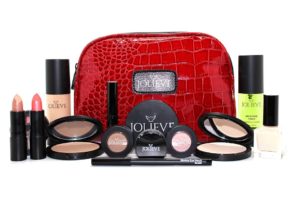